Born a Woman - Curse or Boon?

Incident 1: She used to take the same route daily as that was the only road that led to her home. He, along with his gang, would be at the same place as always, waiting for her to pass. His stare caused her so much discomfort which only a woman could understand. The nasty comments lowered her confidence but she din't know whom she should discuss this with. She was too scared to show them what she feels as an unknown fear haunted her...

Incident 2: He used to come regularly to her home as he was quite close to her family. She called him uncle & jumped on his lap whenever he came. He always used to get her Chocolates, toys etc which she obviously loved. She never knew the real intentions behind his friendly gesture as she was an innocent child. Her parents never noticed too as they thought he's just being friendly. He would touch her at wrong places, kiss her unnecessarily. As she grew up she became aware of her own body & the discomfort in a man touching her. She began keeping a fair distance from him. She never discussed these things with her parents as she din't know how she would be received.

Every woman in this world must have been through similar incidents atleast once in her lifetime. The feeling of helplessness, fear, anger & unsure-ness of how she will be received if she discuses this with a loved one stops a woman from seeking help.  In this male-dominant society (yes it is still male-dominant), a woman is held responsible if she is eve-teased. Some maniac politician (can't recollect his name) claimed that a woman who is covered has less risk of being attacked than a woman whose skimpily dressed. I had like to disagree with his statement as if that was the case, any women whose "decently" dressed wouldn't be ever eve-teased or raped.

It is hardly possible for a man to understand how a woman feels when she is eve-teased or sexually abused. Be it school, work place, tuition or even her own home, she is always at the risk of being sexually abused. And it's not always strangers but she's also attacked by men/boys whom she trusts.

She is the one whose bordered with rules & regulations all throughout her life. She's the one looked down when a man molests her. Why her? Ain't regulations supposed to be for men as well? A lot of times a woman is asked to keep mum if she's raped. The family feels that if things are revealed to the society, she can never be married. Will these things ever change? 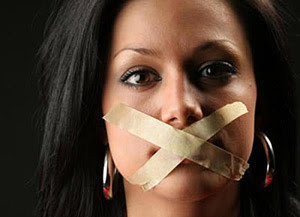 With our law being so weak, these bastards get away quite easily. Education plays a vital role in making sure our girls are safe. A girl should be taught to report any suspicious acts in and around her for her own security. She should report to her parents if any stranger or friends/family member touches her at inappropriate places. Child abuse should never be hidden as in future things can become fatal.  She should intimate her parents about nasty comments passed at her by a road side romeo. She should also be taught to raise her voice against such men so to let them them she isn't a sissy and she can stand up for herself when the need arises.

Martial Arts, Self defense training should be a compulsory subject in out not so great education system. Instead of feeling helpless when a man attacks, a woman should be able to fight back to protect her self esteem. There's no point in being a damsel-in-distress as no super hero would come to the rescue when the need arises.

I Pledge To Read The Printed Word

Well...
The contents in this blog are purely my views. Not copied but inspired from my own life & my surroundings. I've picked up the images from the Web though. If you find any of your copyrighted pictures, please feel free to contact me. I will remove them :)